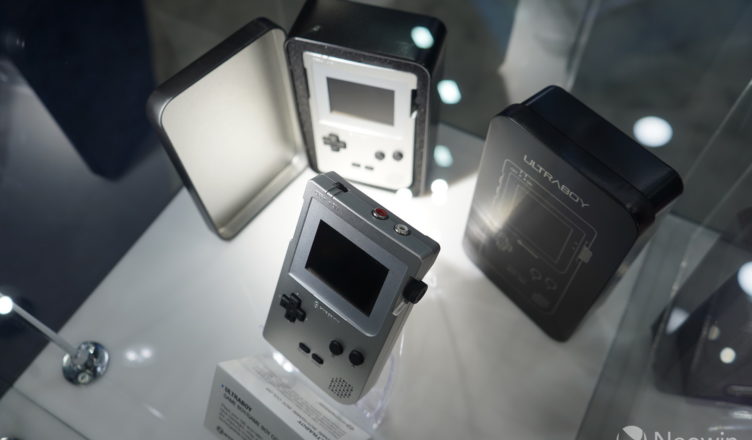 Recently, I rekindled a love affair with the original Nintendo Game Boy. While visiting mom I dove into my crawl space and found a good chunk of my original gaming collection. I found my Game Boy but was disapointed it wouldn’t power on. Luckily, a “friend of a friend” was nice enough to fix it up for me, free of charge. Bam, I had my Game Boy back! I fired up my original games and the games I recently purchased at the Long Island Retro Gaming Expo 2018. The problem was, I’m not longer nine years old. It’s 29 years later and my old man eyes are struggling to see Game Boy games, even with a brand new Light Boy.

Enter Hyperkin:
Lost in the shuffle of E3 is Hyperkin’s Ultra Boy. It’s shaped like the original Game Boy and has a host of attractive  new features. It’s made of aluminum (some debate this point, but it should make the build seem quality), it has a new adjustable backlit LCD (modded Game Boys can’t adjust light), a rechargeable battery (six hours via USB-C), and it runs physical games from both the original and color versions of Game Boy. Yes, I’m excited! I read about this thing a few months ago and failed to notice it was featured at the 2018 E3. However, after seeing how development progressed for this console, I’m a little disappointed. 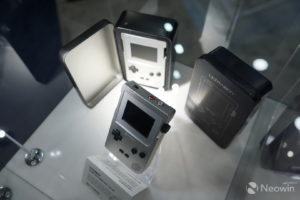 The image above features my two biggest grievances with its current incarnation. Firstly, why is there a need for a composite connection? Modern TVs do not come with composite connections, am I supposed to dig up an old Tube TV to connect this thing to? The whole point of the Ultra Boy is to bring modern convenience to retro games. Some people have asked for HDMI but Hyperkin stated that they hope to keep the cost of the console under $100, this added hardware may not be cost effective. That’s okay, I couldn’t connect my original Game Boy to my TV, I don’t need to now. There are alternative methods to projecting Game Boy games to a TV (Nintendo’s Virtual Console, emulators).

My second problem with the newest iteration of this console is the huge freaking knob on the right hand side. In the original pictures of the Ultra Boy this comically big knob does not exist. To be fair, this knob was always in the plans for Hyperkin, its functionality is to adjust the level of back lighting. This is an excellent feature, yes, but this obnoxiously large knob takes from the form factor of the original Game Boy. Please Hyperkin, make this knob a bit smaller, or preferable convert it to a wheel. It’s okay if there are three adjustment wheels on this thing, we’ll adjust. 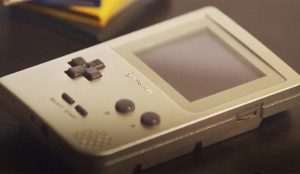 I have yet to discover whether or not my third grievance is legit. While Hyperkin claims the Ultra Boy will project stereo sound from the unit itself, it is still unclear if there is a headphone jack. Please Hyperkin, include a head phone jack. While there is an increasing prevalence of portable media and games being played in public places without the use of headphones (I’m looking at you public transportation), I am old school. I believe it’s rude NOT to use headphones for media or gaming while in public. Why should others be subject to the sounds of Game Boy? However much I may enjoy these sounds, I probably wouldn’t even hear these sounds in a public place without the use of headphones (my eyes aren’t the only thing that have aged). While on the subject of sounds and music, Ultra Boy is being built to be chip tune friendly for musicians. This is an interesting feature, but it’s not necessary for everyone looking to purchase this product. Hyperkin, please make sure this thing has a headphone jack; this feature is essential!

Grievances and trepidations aside, I’m very excited to see what Hyperkin has to offer. Hyperkin is known for having big dreams, but poor execution due to rushing products to production. For example, the Retron 5 has mixed reviews; many of its negative reviews come from the days of its early production. After some firmware updates, many (not all) of those reviews became much more positive. The product is still flawed, but it now has better functionality and is thus closer to a finished product. One hopes that Hyperkin learns from their past mistakes and plans more meticulously for the launch of the Ultra Boy. Hyperkin needs to carefully weigh all its options before production, especially hardware features. Mistakes in external hardware features cannot be fixed with firmware updates. The Ultra Boy needs to be a finished product at launch, rather than down the road.