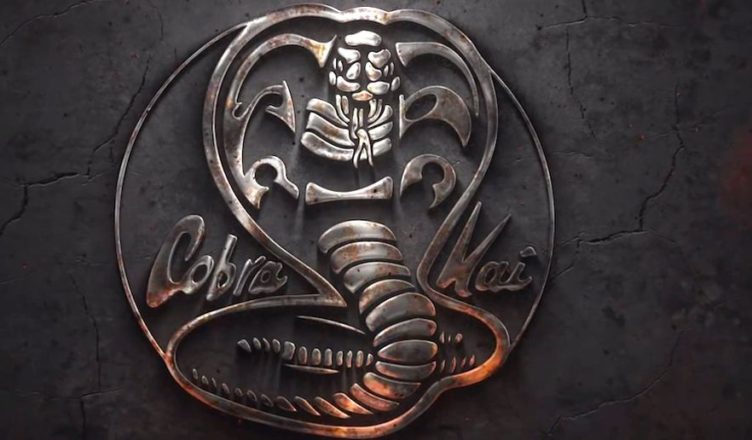 “Cobra Kai, a badass name for a dojo!”

The first time I watched “Cobra Kai,” I watched it one episode at a time. I wanted time to reflect on each episode. I wanted to enjoy each episode on its own; it was that enjoyable! For my second viewing I binge watched the ten episodes with my best friend in two sessions over two consecutive weekends. I thoroughly my second rodeo with this show.

YouTube billed “Cobra Kai” as a comedy, but it is more of a drama that made me laugh, sandwiched between a roller coaster of emotions. “Cobra Kai” follows the modern day story of Johnny Lawrence and Daniel LaRussa. One is a successful owner of a luxury car dealership; the other is down and out on his luck. Guess which one is which? Although some plot developments are predictable, others are not. Cobra Kai makes connections to the original Karate Kid movie effectively without feeling contrived. Main and supporting characters are well developed, and their motivations are clear.

“Cobra Kai” dives deeper into the characters of Daniel and Johnny, especially Johnny. Johnny develops into a complex anti-hero; this time around, he is much more interesting than Daniel San. Early in the season his flaws are established, he is racist, sexist, and a deadbeat dad. However, his racism and sexism are not coming from a hateful place; his prejudices seem to be relegated ignorant stereotypes. He is not an aggressive bully looking for victims; he is a guy trying to mind his own business as he tries to steer his way through the world. Similar to Archie Bunker, Johnny makes the audience laugh at his ignorance. Johnny is stuck in 1984, as a stereotypical jock he “peaked” in high school and his loss in the Hill Valley Championship to Daniel marked the end of this epoch. Johnny is a relic of the past, a reflection of older attitudes. Johnny does not understand current trends such Facebook, or newer technology like email; or even older technologies. In one scene, Johnny attempts to pawn an Atari 2600, referring to it as a “Nintendo.” One does not have to be a video game historian to read Atari off a unit one is attempting to sell.

Johnny does not know how to be politically correct, and the humor in this lack of political correctness is a critique of our own overly PC culture. As in Joseph Campbell’s Hero of a Thousand Faces, Johnny takes on aspects of the classic hero archetype. Like other hero archetypes, he refuses the initial call to adventure when he refuses to help a teenage boy Miguel when he is getting beat up by a group of bullies; similar to how he and his friends beat up Daniel. Johnny helps Miguel once his bullies bump into Johnny’s car, and Johnny heeds the call to adventure. Begrudgingly, Johnny becomes Miguel’s sensei, and his arc to redemption begins. Johnny begins a journey from selfishness and disgrace toward giving and honor, albeit not to complete fruition.

We learn of Daniel and Johnny’s similarities, and how they diverged in life. Both Johnny and Daniel have lost their way, Daniels is successful in business but his personal life lacks balance, Johnny’s life is completely off track. Each character has lost his sensei, making them rōnin of sorts, master-less samurai roaming aimlessly through life. Both characters have strained relationships with their families, although Daniel’s relationship to his family is still a healthy one. Johnny and Daniel have stopped practicing karate and thus have lost a sense of purpose in their lives. Daniel uses karate as a gimmick to sell cars, but his older daughter stopped learning karate and his spoiled son is not interested at all. Eventually, each rival takes on karate students, giving each sensei a renewed sense of purpose.

In Johnny’s case, he becomes a voice for the outsiders, empowering them to stand up to bullies; ironic considering his role in high school. A band of misfits are drawn to Cobra Kai by a video-gone-viral of his prize pupil Miguel standing up to several bullies at school. This is a newer version of Cobra Kai, one that does not encourage students to “sweep the leg.” Johnny eliminates the harshest of Cobra Kai attitudes while keeping the core values of “striking first.” Cobra Kai ideology adheres to aggression as necessary means to even the odds of an unfair world. The students who can weather the harsh and unconventional training methods become stronger people.

Cobra Kai giveth, and Cobra Kai taketh away. By the last couple of episodes, Cobra Kai readies itself for the Hill Valley Karate Tournament. Johnny has turned his life around in many ways; he focuses on his students’ development and growth rather than his own glory as a sensei. However, in a delicious twist of irony his students’ grasp of Cobra Kai’s aggressiveness has gotten out of hand. Cobra Kai’s aggressiveness is beginning to backfire on members in both the karate tournament (Hawk) and in their personal lives (Miguel’s relationship to his girlfriend Samantha).

Miguel’s character development is just as interesting as Johnny’s is. In the beginning Miguel is mirror image of Daniel LaRussa from the beginning of the first Karate Kid movie, a sensitive, bullied outcast, lacking confidence, direction, and a father figure. Through flashbacks, we learned that a young Johnny, years before the first Karate Kid movie, had the same vulnerabilities as both Miguel and Daniel. By the end of the season Miguel has become hardened, he has gained the virtues of strength and confidence but he has lost a part of himself. He is no longer nice and empathetic; he embraces aggression to get what he wants similar to a Sith Lord in Star Wars. Miguel’s fall parallels his sensei’s own as a teenage student of Cobra Kai.

The final act unfolds like a classic tragedy. Johnny Lawrence, the tragic hero of this tale, with all of his newly found strengths, is unable to stop misfortune and fate. By the end, the aggressive nature of Cobra Kai has made Miguel more similar to the bully Johnny became during the Karate Kid movie, rather than Sensei Lawrence who has developed empathy for his students. The circle is complete, Miguel and his fellow Cobra Kai students have transformed into the Cobra Kai of the old, a mirror reflection of Johnny as a teenager. In his journey to extinguish the bully teenage version of himself, Johnny trained and created clones of this self. Despite Johnny’s good intentions to empower his students, his students transform into his own version of Frankenstein’s monster. During the championship fight, Johnny suggests to Miguel that he should fight with honor. Miguel responds, “Sensei, there’s nothing wrong with winning. You taught me this.” Miguel, his prized pupil, has learned his lessons well.

Miguel wins the tournament and thanks Sensei Lawrence for making his victory possible. Johnny is the father figure Miguel never had, and for Johnny, he has formed a bond with Miguel that he could not with his own son. Johnny Lawrence has the recognition he thought he wanted, but his life is still lacking. By rejecting this recognition, Johnny demonstrates his character’s development from a selfish rōnin to an unselfish sensei. Johnny does not relish in his student’s victory because he realizes that morally, he failed his students. Cobra Kai is out of control, the misfits have become the bullies. Sensei Lawrence Johnny sees the flaw of the unchecked aggression of Cobra Kai Karate, but is powerless to stop it. Johnny’s epiphany is tragic and compelling.

If you enjoyed the original, Karate Kid movies, “Cobra Kai” is must watch television.