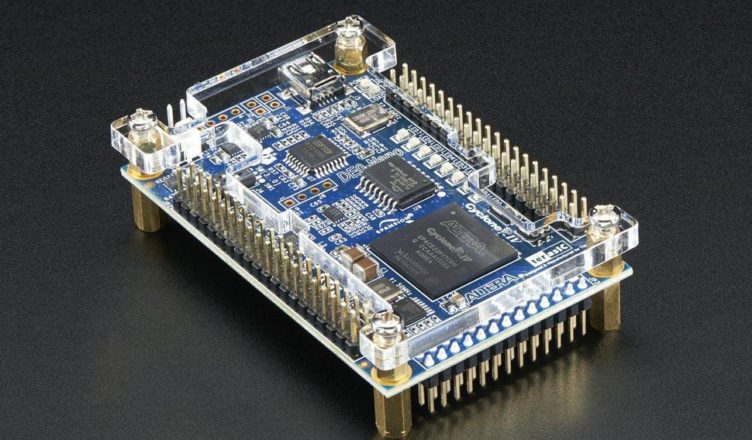 Field Programmable Gate Array (FPGA) is a computer circuit designed to be customizable by a user. A single FPGA can be programmed for individual use, or it can be used for mass produced items. In the retro video game world FPGAs have been used in a variety of products, including clone consoles, flash carts, and video upscalers. In a clone console, an FPGA can be programmed to replicate the behavior of an original retro console, such as the Nintendo Entertainment System (NES). More accurate hardware leads to a more accurate experience in retro gaming.

Until recently most clone consoles relied on emulation. Many of these clone consoles varied in quality, but few came close to paying homage to the console they sought to replicate. There were some exceptions to this, such as the Frankenstein clone console known as the original Analogue NT; a console that was harvested from used NES parts. However, there are a finite supply of retro consoles; a more future-proof solution was needed. In recent years FPGA chips have become more widely available and more cost efficient. FPGA became the answer for producing the most accurate clone consoles.

The Limitations of Emulation

FPGA Use in Clone Consoles

An FPGA can be programmed to do a variety of things, so a video game developer can write a “core” to an FPGA, which in essence replicates the marriage of hardware and software of the original video game system. The hardware is programmed to work directly with the software, leading to better accuracy and greatly minimizing input lag. A specifically programmed hardware (FPGA) connects directly to specifically written software, creating the most accurate clone systems outside of a Frankenstein clone console such as the original Analogue NT. FPGA clone systems new and fully functional, compared to 30 year old retro consoles that are prone to hardware failure. Firmware updates can improve FPGA clone console performance, fixing inaccuracies and improving compatibility.

Other Uses for FPGA in Retro Gaming

FPGAs are used in flash carts, allowing users to play ROMs of original games (and hacks and homebrew games) on either original or higher end clone consoles. Flash carts such as Krikzz’s Everdrives, Ikari’s SD2SNES Pro, and Terronion’s line of flash carts and related devices all utilize FPGA technology. The FPGAs replicate the intricacies of most individual games for each system. Two of Terraonion’s products, the Super SD System 3 and the Mega SD, replicate the actual CD add-on for each respective system.

An upscaler such as the Framemeister, or a “line doubler” such of the OSSC utilize FPGA technology. Each technology works slightly differently, but their combined purpose is to play retro consoles on modern HD TVs. Retro consoles were designed for CRT TVs and perform terribly if connected directly to an HD TV. Products such as the Framemeister (multiplies the frames) and the OSSC (multiplies the original lines present, negating scan lines) produce clear images from retro consoles on modern HD TVs.

FPGA technology has breathed new life into retro gaming in a variety of ways. It helps convert images from original consoles to modern HD TVs, it can be used to design newer, modern clone consoles that run almost identical to original hardware, or it can be used play flash carts that play a variety of games and occasionally, system add-ons. FPGA can aid original hardware, and it simultaneously prepares us for the inevitability of the failure of original hardware. For retro gaming, FPGA technology is not the flavor of the month, it is the wave of the future.